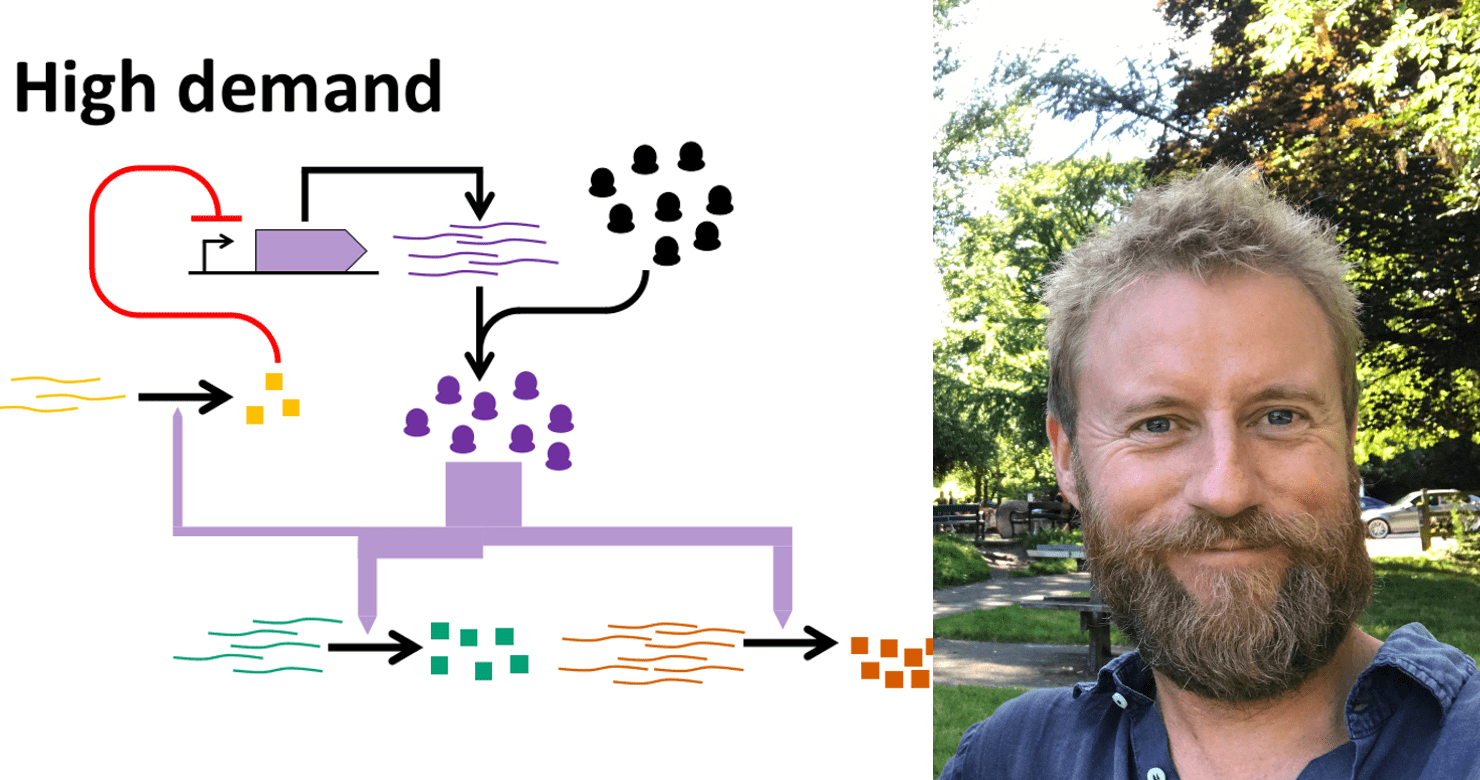 Led by the Warwick Integrative Synthetic Biology Centre at Warwick’s School of Engineering and the Faculty of Health and Medical Sciences at the University of Surrey, new research has discovered how to dynamically manage the allocation of essential resources inside engineered cells – advancing the potential of synthetically programming cells to combat disease and produce new drugs.

The researchers have developed a way to efficiently control the distribution of ribosomes – microscopic ‘factories’ inside cells that build proteins that keep the cell alive and functional – to both the synthetic circuit and the host cell.

Synthetic circuitry can be added to cells to enhance them and make them perform bespoke functions – providing vast new possibilities for the future of healthcare and pharmaceuticals, including the potential for cells specially programmed to produce novel antibiotics and other useful compounds.

A cell only has a finite amount of ribosomes, and the synthetic circuit and host cell in which the circuitry is inserted both compete for this limited pool of resources. It is essential that there are enough ribosomes for both, so they can survive, multiply and thrive. Without enough ribosomes, either the circuit will fail, or the cell will die – or both.

Using the engineering principal of a feedback control loop, commonly used in aircraft flight control systems, the researchers have developed and demonstrated a unique system through which ribosomes can be distributed dynamically – therefore, when the synthetic circuit requires more ribosomes to function properly, more will be allocated to it, and less allocated to the host cell, and vice versa.

“Synthetic Biology is about making cells easier to engineer so that we can address many of the most important challenges facing us today – from manufacturing new drugs and therapies to finding new biofuels and materials. It’s been hugely exciting in this project to see an engineering idea, developed on a computer, being built in a lab and working inside a living cell. ”

José Jiménez, Lecturer in Synthetic Biology at the University of Surrey’s Faculty of Health and Medical Sciences:

“The ultimate goal of the selective manipulation of cellular functions like the one carried out in this project is to understand fundamental principles of biology itself. By learning about how cells operate and testing the constraints under which they evolve, we can come up with ways of engineering cells more efficiently for a wide range of applications in biotechnology”

Ribosomes live inside cells, and construct proteins when required for a cellular function. When a cell needs protein, the nucleus creates mRNA, which is sent to the ribosomes – which then synthesise the essential proteins by bonding the correct amino acids together in a chain.