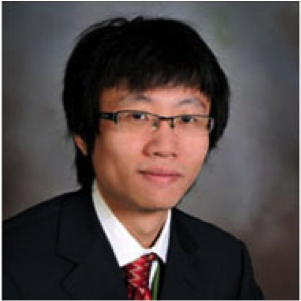 Director of the Edinburgh Genome Foundry, University of Edinburgh

“Patrick” Yizhi Cai received a bachelor degree in Computer Science in China, a master degree in Bioinformatics from University of Edinburgh in the UK, and a PhD in Genetics, Bioinformatics and Computational Biology from Virginia Tech in the USA. Cai has his postdoctoral fellowship under Jef Boeke in the Johns Hopkins University School of Medicine. Cai serves as a senior scientific consultant to Beijing Genomics Institute, and is the first Autodesk Distinguished Scholar. Starting summer 2013, Cai starts his own research group at the University of Edinburgh with a prestigious Chancellor’s Fellowship, and his lab focus on Computer Assisted Design for Synthetic Biology, NeoChromosome design and synthesis in the yeast, and DNA assembly automation. Dr. Cai found and directs Edinburgh Genome Foundry, a UK national facility for automated DNA synthesis and assembly.