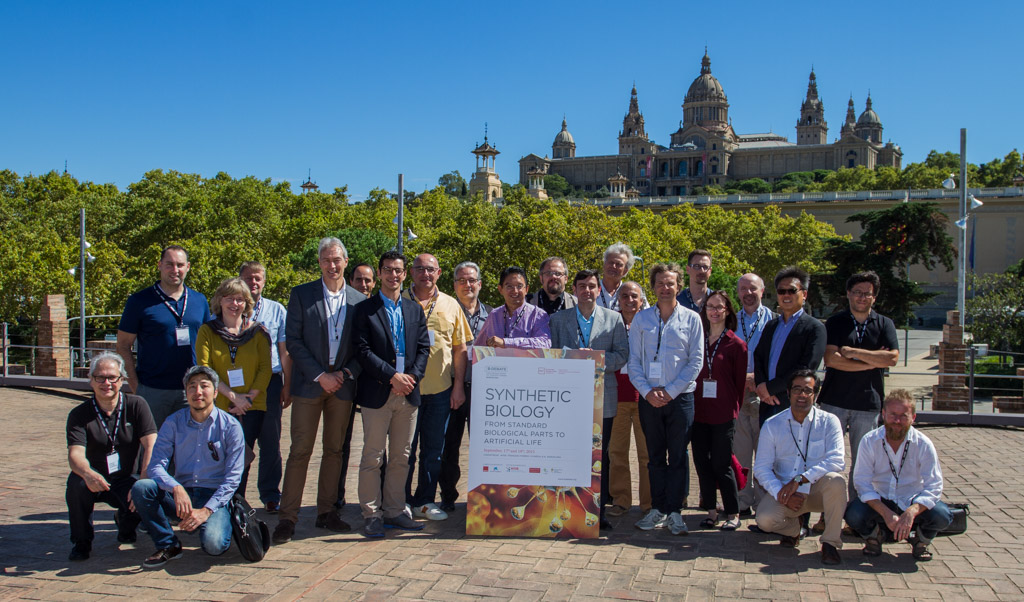 Speakers at the Barcelona conference on Synthetic Biology, From Standard Biological Parts to Artificial Life. This took place at the International Centre for Scientific Debate (CaixaForum) in Barcelona, September 17-18 2015, and was supported by the “la Caixa” Foundation.