Looking back from the Future

A version of the following essay was submitted as pre-assignment for the two-day workshop (23-24 March 2016) for students and postdocs organised by Warwick Integrative Synthetic Biology Centre (WISB): “Societal issues in synthetic biology: why all the fuss about public engagement?” The workshop engaged participants with a wide range and complexity of issues surrounding synthetic biology and its perception in the publics. Facilitator Britt Wray had asked participants to “imagine a world in which synthetic biology has delivered significantly on its promises”, expounding the contributions of non-scientists in its development. Manish Kushwaha, a WISB Research Fellow, wrote from such an imagined future. The art was imagined after the workshop. 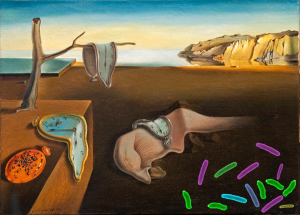 The most valuable set of contributions from non-scientists in shaping the Synbio world have been towards exploring the delicate boundaries that had separated the living from the non-living and the natural from the unnatural, while sensitising our societies to the limitations of those boundaries from a time before Synbio enlightenment.

The early social scientists alerted us to the scientists’ and engineers’ subconscious phobia of public opinion and did so, quite paradoxically, based on scientific evidence. This early collaboration provided a much-needed breathing space where other players could slowly introduce new ideas of a different living world, while allowing the technologists to focus on advancing the technological solutions that would make such a world possible.

Artists and designers made an impactful contribution to this social transformation by igniting the debates that led to the public acceptance of our new world. Story telling formed an important part of this transformation, such that androids like C3PO and R2D2 were already accepted in the social imagination when Boston Dynamics’ Atlas came along. This was a two-way street, where the living bladerunners became more mechanised by add-on bionic parts and the non-living more life-like by imitating biological properties. When traits that humans empathised with, like an expressive face or bipedalism or intelligence, began to be found in the non-living, social acceptance was not far. The transition was only smoothened by the intriguing art forms that painter bacteria created, the tangy pickles and leggy wines that were tastier than ever, the disease sensing microbiota that our toilets sampled for pre-emptive diagnostics, the beautifully patterned paper that did not need felling trees, or the self-sustaining and self-cleaning fabric that we love today as LiveYarn®.

Biohackers burned the midnight Bunsen burners, or occasionally their kitchens, to create Open Source DIY knowledge that democratised biology. Curious students spent their summers iGEMing away, rummaging through complex protocols, and creating through accident and ingenuity ones that the last of them could execute half-asleep. Thanks to them, metabolic pathways are as close to optimal as thermodynamics predicts, photosynthesis is as efficient as CO2 solubility will allow, and there are DNA copies of seminal human texts in planets faraway packed inside spores and tardigrades. Transhumanists have extended the average human lifespan to a whopping 120 years, where our pig hearts can still beat and our synthetic kidneys can still excrete.

All of this would be unimaginable if it weren’t for the philosophical geniuses who turned the debate on what constitutes society and valued social behaviour. The unorthodox arguments that called for a trans-species consciousness, that emphasised the view of a planet being, also laid the foundations for a trans-biotic ethical framework. It is those arguments that extended the expectation of compassion not just to an injured stranger, human or animal, but also to the android who has been de-antennaed or is about to run out of battery. This realignment of our moral compasses from that of narrow considerations based on phylogenetic distance to those of carbon footprints and planet survival re-shaped our minds and our behaviour.

The evolution of our morality owes a great deal to conscience-keeping activism that always stood up for the unrepresented and the unrepresentable, the vulnerable, the lowest common denominator. At the height of our disease crusades, these activists exposed the environmental risks of Medea mosquitoes. As our organ-consumerism reached new heights, they reminded us of the pain of the harvest animals. As coastlines got submerged, they rallied for the environmental refugees. Of course, this evolved morality could only be institutionalised through complex political and legislative challenges. Here, visionary leaders and legal scholars through trans-national networks ironed out the kinks of diverse cultural beliefs, successfully establishing the new social contract of a new world order. Although this trans-nationalism has led to its own power struggles, the new legal frameworks make the world a much more sustainable and just place.

While much has been achieved, much more needs doing. There are new challenges that we face every day. Today, some are arguing that disease causing alleles must be permanently edited out of the human gene pool. Some others want to go a step further, advocating not only physical removal but also deletion of these sequences from our databases, to eliminate any possibility of their return. Others see this as a eugenics quicksand that will soon pack off all minority traits to the grave. We have been here before, but the modalities of those times were different. Will there be a different resolution this time? 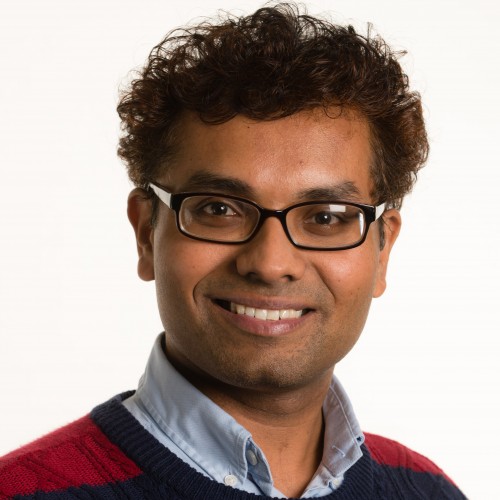